odlično očuvano, tvrd povez, omot
Istorija automobila i automobilizma, automobili u prošlosti, trke automobilske, trkačke staze
The Automobil-Verkehrs- und Übungsstraße ('Automobile traffic and training road'), known as AVUS, is a public road in Berlin, Germany. Opened in 1921, it is the oldest controlled-access highway in Europe. Until 1998, it was also used as a motor racing circuit. Today, the AVUS forms the northern part of the Bundesautobahn 115.


Contents
1 Circuit
2 History
2.1 Race track
2.2 Post-war
2.3 AVUS today
3 See also
4 References
5 External links
Circuit
The highway is located in the southwestern districts of Berlin, linking the Stadtring at the Funkturm junction in Charlottenburg with Nikolassee. It runs through the Grunewald forest along the historic Königsweg road from Charlottenburg to Potsdam and the parallel Berlin-Blankenheim railway line.

Comparison of AVUS track banking to two other tracks
In 1907 the Kaiserlicher Automobilclub (KAC) association devised a fee-financed circuit, as both a motor-sport venue and a testing track for the motor industry. A developing company was established in 1909; however, a lack of finances and official authorisations delayed the start of construction until spring 1913. During the Great War works discontinued, and though Russian Army prisoners were temporarily employed in AVUS's construction, the track was still unfinished. From 1920 the remaining road work was financed by businessman and politician Hugo Stinnes. The circuit, including a gate building and several stands, was inaugurated during the first post-war International Automobile Exhibition (IAA) with a motor race on 24 September 1921. Afterwards the road was open to the public at a charge of ten Marks.

Caracciola (left) after winning the 1926 German Grand Prix
At the time of opening, AVUS was ​19 1⁄2 km (12 miles) long – each straight being approximately half that length, and joined at each end by flat, large-radius curves, driven counter-clockwise.

While the Grand Prix motor racing scene still evaded German tracks, the circuit from 1922 was also the site of motorcycle races. On 11 July 1926 the track played host to the first international German Grand Prix for sports cars, organised by the Automobilclub von Deutschland, the former KAC. The 1921 roadway turned out to be insufficient: Already, in practice two days before, the young Italian driver Enrico Platé (not to be confused with the Argentinian driver and team owner of the same name) was involved in a crash that killed his mechanic. During the race, in heavy rain, two track marshals died when Adolf Rosenberger lost control and hit the indicator board and the timekeeper's box, with a third employee succumbing to his injuries in hospital a few hours later. The Grand Prix was won by his fellow team-member, the so-far unknown Mercedes-Benz salesman Rudolf Caracciola, from Dresden, driving a private, eight-cylinder "Monza" Kompressor type. The fastest lap of 161 km/h (100 mph) was set by Ferdinando Minoia in an OM.


AVUS race, 1931
From 1927 the German Grand Prix was relocated to the new and more secure Nürburgring circuit in the Western German Eifel range, while the AVUS received a new asphalt surface and served as an experimental track for rocket cars.

Due to the Great Depression annual auto races were not resumed until 1931, when Caracciola again won in a Mercedes-Benz SSK, succeeded by Manfred von Brauchitsch the next year after Caracciola had switched to Alfa Romeo.


Start of the 1932 race, with Manfred von Brauchitsch in front
The competition on 22 May 1932 saw further notable participants like the Earl Howe, Hans Stuck and Sir Malcolm Campbell. The Czechoslovak driver, Prince George Christian of Lobkowicz, died when his Bugatti Type 54 crashed in the southern hairpin. The following events were won by Achille Varzi (1933) and Guy Moll (1934), to the great annoyance of the new Nazi rulers, who declared the victory of German drivers and cars a matter of national pride. They strongly backed the construction of the new Silver Arrows (Silberpfeile) generation of Mercedes-Benz and Auto Union.


Streamlined Mercedes-Benz W25 Silver Arrow on the banking, 1937
In 1935 Luigi Fagioli won the race in a Mercedes-Benz W25; however, the track was no longer adequate for cars reaching average race speeds of far over 200 km/h (124 mph). In an effort to make AVUS the "world's fastest race track", the 1936 season was skipped and while the track hosted the cycling road race, the marathon and 50 km walk athletic events of the 1936 Summer Olympics, the north curve was turned into a steeply banked turn (43°) made of bricks.[1] It became dubbed the wall of death, especially as it had no retaining barrier, so cars that missed the turn easily flew off it.[2] The Silver Arrows raced only once on the banked version, in 1937. As the AVUS race did not count towards the championship, non-GP cars were allowed, which permitted the use of streamlined cars, similar to the cars used for high speed record attempts. This race was run in two heats; during qualifying for the second heat, Luigi Fagioli stuck his Auto Union Type C on pole position, with a time of 4 minutes and 8.2 seconds at an average speed of 284.31 km/h (176.7 mph)- which was the fastest motor racing lap in history until this time was bettered by Tony Bettenhausen in qualifying for the 1957 Race of Two Worlds at Monza. It was also bettered by four drivers during the 1971 Indianapolis 500. Mercedes driver Hermann Lang's average race speed of about 276 km/h (171 mph) was the fastest road race in history for nearly five decades, and was not matched on a high-speed banked-circuit until the mid-1980s at the 1986 Indianapolis 500.[3]

No major race was held after 1937 as, in early 1938, the popular German race driver Bernd Rosemeyer was killed in a land speed record attempt on a straight section of the Autobahn Frankfurt–Darmstadt (present-day Bundesautobahn 5), at which point the high-speed AVUS was considered too dangerous for the fast Grand Prix race cars. Furthermore, it was to be connected to the growing Reichsautobahn network in 1940 by extending it south towards the Berliner Ring, therefore the original hairpin at Nikolassee was demolished and replaced by a junction. A planned banked south turn was never built; the cleared grounds in the Grunewald forest were used as a proving ground ("Keerans Range") by the American occupation forces after World War II.

Post-war
The first AVUS race after the war was held on 1 July 1951 for Formula Two and Formula Three cars, won by East German driver Paul Greifzu. For post-war racing, the original extremely long straights were shortened by the introduction of a new south turn roughly in the middle (just before the Hüttenweg exit, where it can still be seen), reducing the track length to 8.3 km (just over 5 miles). After World War II, the Berlin Wall, with its Checkpoint Bravo at Dreilinden/Drewitz, came no closer than about one mile (1.6 km) to the former South Turn. It is a common yet incorrect belief that the Berlin Wall cut the AVUS in half.


1955 race, two cars on the north banking
It was not until 19 September 1954 that this shorter track hosted a non-championship Formula One race. This "Grand Prix of Berlin" was mainly a show dominated by the Mercedes-Benz W196 drivers Karl Kling (the winner) and Juan Manuel Fangio. No serious competition was present, as many teams had refused to show up and the German Grand Prix was still held on the Nürburgring. Finally AVUS hosted its only world championship Formula One race with the 1959 German Grand Prix on 2 August, won by Tony Brooks. This race weekend also saw the death of French driver Jean Behra in a supporting sports car race, as his Porsche RSK flew over the top of the north turn banking, as there was no wall or fence. German driver and journalist Richard von Frankenberg had previously walked away from a similar spectacular crash at the same site, but Behra would have no such luck as his body impacted a flagpole head-first after he was flung from his car.

After 1961, Grand Prix racing did not race on banked circuits anymore. The banked sections at Autodromo Nazionale Monza and Autodrome de Linas-Montlhéry were considered dangerous by international racing standards. They were used in connection with chicanes for some time, then abandoned. The AVUS banking was dismantled in 1967 to give way to an expanded intersection under the Funkturm tower. From the top of this tower, one can see that the AVUS is not perfectly straight.

The old banked circuit can be seen in the film A Dandy in Aspic (1968) featuring period racing cars.

Racing was continued with a flat north turn, but AVUS only held national touring cars DTM and Formula 3 events. The length of the track was roughly cut in half twice in the 1980s and 1990 as racing on straights became unpopular. Also, chicanes were added to reduce entry speed into the North Curve. Yet, some incidents and accidents occurred. The BMW of Dieter Quester rolled over when exiting the last corner, and crossed the finish line sliding on its roof, with sparks flying, for a podium finish. The car of John Winter hit a barrier and exploded into a fireball in North Curve, which he survived.

In 1995, the race 2 of DTM had to be cancelled, after a multi-car pileup blocked the circuit; later that 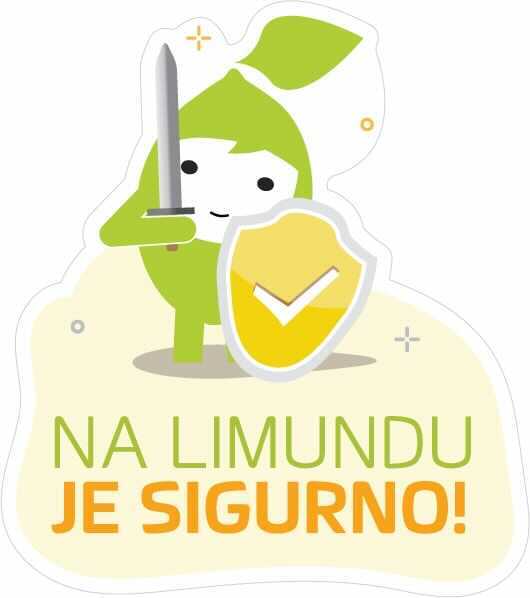